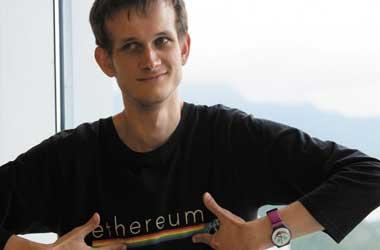 In yesterday’s show of “Lunch with Sumiko,” Straits Times Executive Editor Sumiko Tan interviewed Vitalik Buterin, who, it appears apparent, spends a considerable amount of time in Singapore. The co-founder and public face of Ethereum, however, criticized the strategy of separating blockchain technology from digital currencies, which authorities such as the Monetary Authority of Singapore (MAS) view as unpredictable and risky.

He stated, “Trying to differentiate between blockchain use and crypto is certainly one of those strange things, correct? On the one hand, this is the mentality of every regulator. You choose to promote technology and make life simpler for people, yet you find cryptocurrencies strange and frightening. However, [blockchain and cryptocurrency] share this close relationship. Actually, one cannot exist sans the other. The fact is that if you don’t really have bitcoin, the blockchains you create will be worthless and nobody will care about those.”
— Vitalik Buterin, Ethereum co-founder

Given that the conversation was not very detailed on the subject, we must presume that Vitalik was referencing to the widespread utilization of blockchain technology for the transfer of value. There seem to be, in fact, blockchain applications that do not depend on digital currencies and provide a new method for recording and confirming corporate activities or medical information.
The issue with using blockchain for monetary operations, nevertheless, is that this technological innovation primarily encourages decentralization, i.e. separation from conventional institutions, governments, and regulators.

In order for the whole network to operate, enough players must be willing to exchange their processing power (proof-of-work) or their cryptos (proof-of-stake) for a compensation.

But without incentive, the decentralized blockchain cannot operate. In simple words, for decentralization to occur, a self-sufficient, self-financing society must replace the centralized power with a system of laws assuring the safety of everyone.

Well, obviously, if you’re Vitalik Buterin, you don’t — and regardless of how polite your remarks may well be, any efforts at centralized governance that would restrict or regulate crypto are inadmissible (both realistically and in principles).

Nevertheless, he recognizes the potential pitfalls of wicked people doing terrible things, therefore he is not opposed to any control (Even during Terra Luna crash, he even cited Singaporean labor law as an exemplar of a safety net that may serve as a template for comparable safeguards of cryptocurrency users incase similar breakdowns emerge in the future.).

Nevertheless, bureaucrats do not desire decentralization, and I think the majority of people toe the same line. All we desire are secure, quicker, and more simple processes. We don’t mind how it’s accomplished. There seems to be, obviously, a minority group of libertarians in every culture who distrust the government and feel that the only way to be free is to renounce the legal system, but I’m prepared to guess that this fraction is rather small.

Cryptocurrencies built on decentralized blockchain technology are not required to accomplish safety, speed, or simplicity for the public.